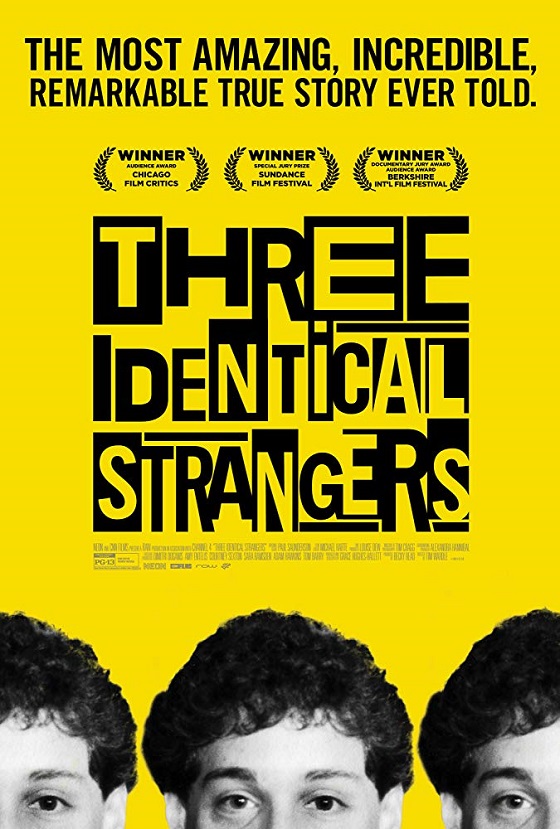 SYNOPSIS: New York, 1980: three complete strangers -BobbyShafran, Edward Galland and David Kellman –make the astonishing discovery that they are identical triplets. Separated at birth, adopted and raised by three different families, the 19-year-olds had been completely unaware of each other’s existence until they are brought together by a stunning coincidence. Their emotional reunion grabs the media’s attention, and overnight the three brothers became famous around the world.But the triplets’ joyous reunion unearths an extraordinary and disturbing secret… a long-hidden mystery that goes far beyond their own lives, and could transform our understanding of human nature forever. Winner of the 2018 Sundance Special Jury Prize for Storytelling, Three Identical Strangers is part family drama, part conspiracy thriller –a stranger-than-fiction documentary tale in which nothing is what it seems.

«The three main subjects all are extremely personable characters»